She started recording with her camera football matches of the “Unión Deportiva Las Palmas” team. The local team of the city where she was born. After that she has done almost everything on TV: Drama

As my admired Gonzalo Suarez says, boyhood follows you during all your life, and in the end it catches you up.

One of my first memories, it´s myself with 5 or 6 years old, sitting on the floor, with my eyes wide open, in front of the TV my father had just brought home. We lived in a crowded district at Las Palmas de Gran Canaria, and the son of our neighbors, who had no TV, used to come home to sit by my side and watch that magic box. I still remember telling him fascinated, that someday, when I grow up, I would be part of that wonderful world.

And to that matter, I’ve obviously dedicated my life.

As parents wanted, I´ve finished Teaching degree, but I barely dedicated one year to teaching. As soon as I could I started working in a local production company, were I edited, produced, and directed many commercials (sometimes even acting as a model), and some documentaries.

The soonest I could, I moved to Madrid (1986). My first job there was as camera assistant, on several movies and commercial short films, until 1988 when I joined ATANOR. It was there, where I really started learning about media.

On 1990 I was hired by the Spanish TV channel “Tele 5” as “TV floor manager “, for  the program “Telecupón” and afterwards “Gente con Chispa”.

But at that stage I searched for something more, I had worked at almost all the specialties on TV, but I was still missing “Directing”. So I started working for the Complutense University, directing for several  years all the TV shows of the UNED(Distance learning University), and in the meantime was also directing several music videos, making of, and a Documentary about Ennio Morricone for the production company AZALEA PC.

Finally, in the year 2000, I fulfilled my dream, and directed the TV series “Raquel busca su sitio”for TVE. After that they came several projects as “Lo que me contaron los muertos” also for TVE and in 2005, the TV series “El auténtico Rodrigo Leal”(100 chapters for Antena 3).

Afterwards, and working as a freelance, I had the chance to direct several chapters of “La Señora” (TVE 2008), and back to the executive production the series “Mi gemela es única”(2009, Tele 5), and several entertainment programs as “El Sexometro” (for Cuatro) and “Es possible” (for South America).
A part from teaching several courses at the “Escuela de Cine de San Antonio” at Cuba, for the “Centro Andaluz de Teatro” and “Taller de Antena 3”.

On 2012 I adventured with a new type of fiction program – 11 chapters of “Secretos y Mentiras”, a script reality for Tele 5 produced by Cuarzo, production company which i´ve been involved producing a daily young adult series during 2013.

From 2014 I’ve been writing and producing what it will be my first feature film, and i´m still on my way… Producing or Directing, I don´t care what I have to do, as long as I keep on with my dream since I was little: Working on TV. 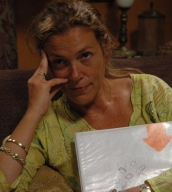 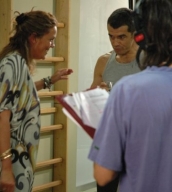 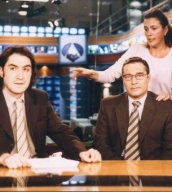 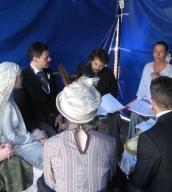 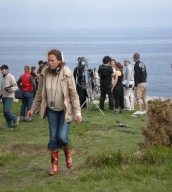 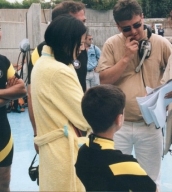 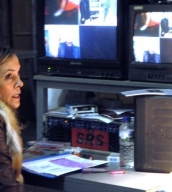 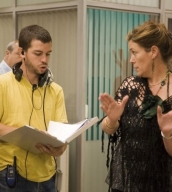