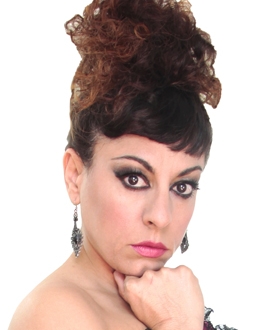 Cristina Medina was born in Seville in April 8th 1971. Since the 90's devoted body and soul to this profession...and for many more years!

2017 She produces, performs and premieres at the October Cazorla Festival Theatre the play "Ay, carmela!, directed by Fernando Soto and produced along with Come y Calla producciones, S.L. (still on tour).

2014 She founded on her own LaMedinaEs Company. She creates and produces "A Grito pelao" ("Loud Belt out") directed by Joan Estrader (2014-2015 tour). She plays the main character too.

“Sólala” (2004) – Best show at the XIV Theatre Fari of Tárrega, Best show award at the X International Humour Festival of Madrid. More than 10 years tour around the world!

1996-97 She takes part as actress in the performance “Electra” by the sevillian company Atalaya: Spanish National Award of Theatre.

1996-97 Main actress (called Palestrión) in “Miles Gloriosus” with the theatre company TNT. This performance leads her to the Best Actress Award at the SouthTheatre Fair of Palma del Río 96 (Cordoba, Spain)

2016 She founds the rock band “La Cristi & los que vengan”. She is the liristic and the singer with the collaboration of Jesús Chávez – musician and musical director for the band. (still on tour) 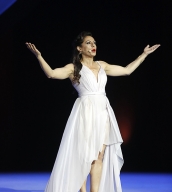 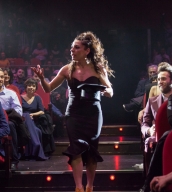 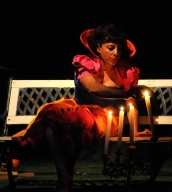 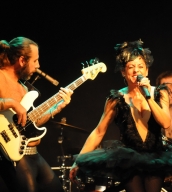 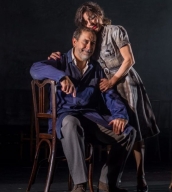